The 7th Annual Stonewall National Museum & Archives Gala will be held on Sunday, February 23, 2020 at the fabulous Conrad Hotel hailed as the new five-star beacon of luxury on Fort Lauderdale Beach. The Gala, co-chaired by Yvonne Rohrbacher and Julio Rodriguez will offer guests an exciting evening celebrating the history and culture of the LGBTQ+ community including open bar, 3-course gourmet dinner, live and silent auctions, and entertainment by Miss Coco Peru. 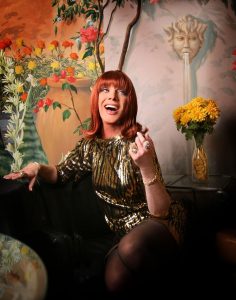 “the hostess with that something… extra”

Miss Coco Peru (Clinton Leupp), a household name in the LGBTQ community, has appeared in many feature films including Trick, To Wong Foo…, and Girls Will Be Girls along with television shows including How I met Your Mother, Arrested Development and Will and Grace.

Considered “the hostess with that something…extra,” Coco has received worldwide acclaim for her award-winning solo shows as well as her remarkable series “Conversations with Coco,” in which she conducted live career-retrospective interviews with such luminaries as Lily Tomlin, Jane Fonda, Liza Minnelli, and the late Bea Arthur.

Coco’s long history of passionate activism, unflagging support of the LGBTQ community, and fierce dedication to AIDS-related charities earned her the Los Angeles LGBT Center’s Board of Director’s Award.